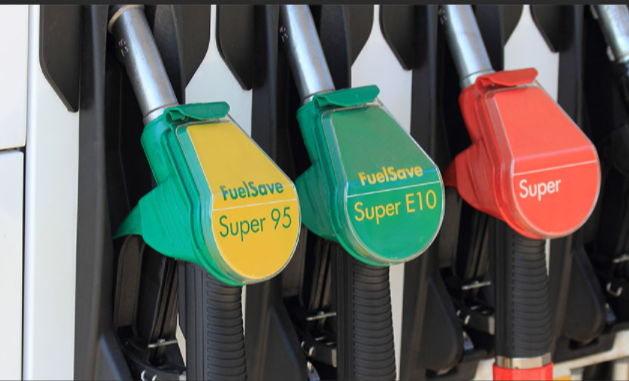 Petrol hit the headlines for all the wrong reasons recently & hopefully the fuel shortage is now over, however one issue is set to be topical for a good while yet – E10 petrol in lawnmowers.

Have you heard of E10 petrol?

There are lots of articles in the newspapers and online about this new fuel which is available now as standard in the UK. Have a look next time you’re at the pump. To make a comparison: E5 is 5% and E10 is 10% ethanol.

E10 means there is 10 percent ethanol in the petrol. Ethanol is a plant based product intended to make our fuel better for the environment. This is great news for the birds, the bees and the flowers but not so great for petrol engines, especially older or smaller engines such as those found on lawnmowers and garden equipment.

Why is E10 good for the environment?

E10 fuel is made from renewable plant based resources such as sugar beet and wheat, which reduces overall Carbon Dioxide emissions and is therefore kinder to our environment. So, with our green ideals, at Fenland Spirit Services we salute E10.

We run our business on a foundation of environmental values. Many of our mowers are saved from the scrap heap and lovingly restored to good working order by our dedicated team. When you buy a refurbished mower from Fenland Spirit Services you save yourself a pretty penny and support a local business committed to recycling. So anything good for the environment gets the thumbs up from us, but we do appreciate that the introduction of E10 will not be plain sailing for everyone.

From autumn 2021 E10 has been introduced as the standard unleaded petrol at most filling stations in the UK. Most of the articles on the topic of E10 fuel are concentrated on whether or not your car will run on it. Many classic cars and motorbikes will have problems and most petrol cars manufactured before 2011 are not built to use E10 fuel.  For more information see this BBC report https://www.bbc.co.uk/news/business-57585105

At Fenland Spirit Services, one of the most frequently asked questions we get from our customers is “can I use E10 petrol in my lawnmower?”

So, what about your lawnmower and other garden equipment? Will your mower run on E10 fuel? The answer to this is yes it will – but you must be on the ball with your fuel hygiene, use a fuel stabiliser or alternative such as Aspen.

The problem with ethanol in fuel is that it is hygroscopic. This means it attracts moisture from the air and by the time your petrol is 2 months old it can contain up to 10% water. Your mower will not run on water. This is one of the most frequent issues we see, especially at the beginning of the cutting season.

What does E10 fuel do to my engine?

Ethanol attracts water into your fuel from the atmosphere, water in your fuel causes damage to the internals of the carburettor on your mower or garden equipment. When water separates in your tank and the mower tries to draw it into the carburettor it can flood the engine as water cannot be compressed inside your engine.

It is a bigger problem in engines which sit unused for months such as your mower over winter or if not used regularly in the summer.

Ethanol can increase deterioration of fuel tanks and other fuel system parts. Many small engines use aluminium parts which corrode more quickly so are more at risk from E10 petrol.

So, what’s the solution for E10 petrol in lawnmowers?

Thankfully there are some solutions which do not involve buying a new battery mower (although this is an option).

Get in touch with the Fenland Spirit Services team if you need further advice, we’re here to help.

Now for the science bit!

Ethanol is alcohol. Alcohol is a magnet for moisture which then turns into water. The E10 fuel formulations cause phase separation because of a chemical reaction absorbing water. Engines simply won’t run when combined alcohol and water is sucked up by the fuel pickup.

Potential problems caused by alcohol include damage to plastic, rubber and metal parts in the fuel system. More worryingly, alcohol can rub off varnish and deposits from the fuel system leading to choking off the engine’s fuel supply.  Clogged up fuel systems and ethanol binding with water within the petrol are two of the unwelcome side effects of E10 usage.  The alcohol can also oxidize in the tank producing gunge that is damaging to fuel systems. Other issues include sub-standard engine performance, starting problems, fuel leakage and overheating caused by Ethanol burning hotter.

Give your lawnmower some TLC

The introduction of E10 might seem overwhelming but the key thing is not to panic. Just be aware that there are potential problems for engines that come with using E10 fuel. But there are also benefits with its green credentials. You just need to keep an eye on your mower.

At Fenland Spirit Services many of our customers book an annual service in the winter to ensure their garden equipment is in tip top condition when it comes out of hibernation after the colder months. We can advise you on your options for winter storage and solutions for the problems caused by E10 petrol.

Get in touch today to arrange your lawnmower service & beat the spring rush. Call us on 0775 383 6499 or email fenlandspiritservices@gmail.com

We are happy to help you!

Due to the current situation we are working on a limited basis. We are operating timed slots for customers, so we request you call to make an appointment.

We are using social distancing measures to help keep everyone safe and thank you for your co-operation.